Under 18s Unbeatable and

If you haven’t already heard, the Under 18s team is the only unbeaten team in the whole of the NPL competition!

This is a great feat for the players who have been training hard and have stepped up to the NPL1 competition. Coach Mike ‘Ganno’ Gannon has done an amazing job with getting the boys playing some fluent and consistent football.

The 18s extended their unbeaten run on the weekend with a 1-0 win over Bonnyrigg.  This was an exceptional win as there was a great deal of reshuffling.  Ganno provided the under 20s (who won 2-0) with Jordi Swibel, Osman Khaled starting the game, and Nathaniel Sharpley, Andre Biviano with Finn Hayhurst coming off the bench.  Up stepped Jake Besser, Jake Lees, Aswin Adinato and Jarod Brough from the 16s.

This clearly shows Hakoah FC has the foundations in developing quality young players.

One of these players is Jordi Swibel. In his short career he came off the bench in the 1st grade 1-0 FFA cup win vs Picton, he has just turned 17, is a key marksman in the undefeated u18s and scored 2 goals over the weekend in the under 20s.  Well done Jordi! 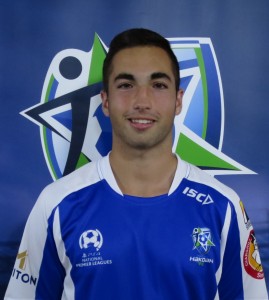 Congrats on the season so far and keep it up!  Boys are showing a lot of character, hence the quote below:

“Ability may get you to the top, but it takes character to keep you there.”
― John Wooden