Phill Wolanski’s commitment and contribution to Australian and Maccabi football is near unparalleled.

Wolanski’s love affair with Maccabi-Hakoah football began as a player and continued into a variety of managerial and administrative positions. The current governor of Hakoah and patron of Hakoah FC played in excess of 280 first grade matches for the club in the days of the NSW Federation State League, including stints as captain and winning promotion on two separate occasions.

He has also had a huge involvement with the Maccabiah Games, representing his country as both a player and a manager over the years, including most recently as the team manager of the open Mens football team at this year’s 20th edition of the Games.

In a broader sense, Wolanski has been a key influencer of football on a national level. Wolanski held various positions with Football Federation Australia between 2003 and 2015 including board director, chairman of the football development committee and a member of the organising committees for both the Confederations Cup and the 2006 Germany World Cup.

Additionally, he served as Head of Delegation for the Socceroos between 2004 and 2014 – a position which saw him travel with the team to virtually every match as the most senior representative of the FFA.

Football aside, Wolanki’s foundation, established in 1998, has donated to and supported a range of community, cultural and sporting organisations. He is also a member of the Sydney opera House Trust and a former director of the National Institute of Dramatic Arts. He was also on the board of the Hakoah Club for over a decade.

Wolanski’s dedication and contribution to Maccabi and football in a broader sense has more than earned his spot in the Maccabi NSW Hall of Fame. 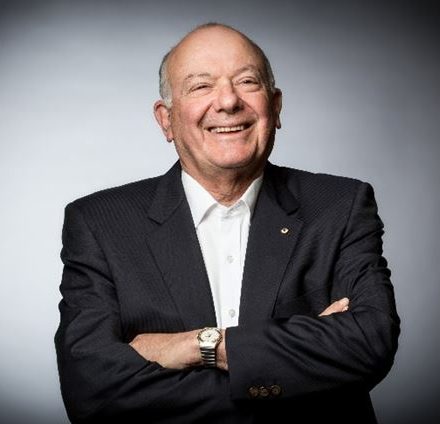 Brian’s long-term commitment to the Jewish community has manifested in many forms.

While Schwartz is a decorated businessman, having served on the boards of Westfield Corporation, IAG, Brambles, Football Federation Australia, Investec Bank and Ernst and Young, he often utilises his business acumen for the benefit of Jewish community organisations.

Schwartz has filled many roles for Maccabi at both a state and national level. He has held the position of treasurer for both Maccabi NSW and Maccabi Australia as well as for the Australian Team for the 1989 Maccabiah Games.

The 65-year-old was also appointed trustee of the fund established by the Israeli government to allocate funds to those effected by the 1997 Maccabiah bridge collapse. He has been vice president and treasurer of Moriah College as well as currently filling the role of Chairman of the Moriah Foundation and the JCA Allocations Committee.

While he is a dedicated Maccabi man, Schwartz’s nomination to the Hall of Fame is a result of the decade spent as vice-president of the Football Federation Australia, and two years prior at Football Australia – as they used to be known. Over this period Football in Australia was transformed to become a major Sport. This “transformation” was in no small part due to the influence of Brian Schwartz.

His endless contributions to the Jewish community as well as to broader sport in general are more than enough to earn him entry into Maccabi NSW’s Jewish Sports Hall of Fame. 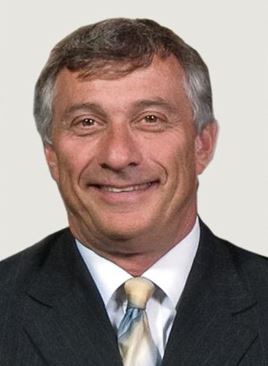 Phil Filler has been involved in Maccabi NSW in some capacity for over 40 years – beginning his membership as a fresh-faced 19-year-old goalkeeper for Maccabi-Hakoah Soccer Club. Filler pulled on the gloves for almost 20 straight seasons and attended six Maccabiah Games in the green and gold in a memorable footballing career.

In addition to being a key Maccabi footballer, the former Moriah College student has also been prominent within Maccabi’s golf and lawn bowls clubs. 17 years wielding his clubs ended in 2005 before Filler turned his attention to the greens in 2015, continuing his athletic aspirations despite a clear penchant for administration.

As well as displaying outstanding talent on the park, Filler’s worth to Maccabi football has been evident away from the pitch. Between 1977 and 1994, Filler performed a multitude of administrative functions for the club, including president, treasurer, chairman, public relations and gear master. The 61-year-old has already been rewarded with life membership to the club with whom he expended so much time and effort both on and off the field.

Accountant Filler has also proved an outstanding administrator within the realms of senior carnival, in the role of honorary auditor for a number of Maccabi institutions as well as in his capacity as treasurer for Team Australia’s 1997 Maccabiah delegation.

Filler did a commendable job as Australia’s chef de mission for the Maccabiah Games in 2005 and has since taken a junior football side to Israel in 2013 as team manager. Additionally, the administrator extraordinaire has taken on the role of treasurer for NSW’s Lawn Bowls club since joining the club in 2015.

A former vice-president and president of Maccabi Australia, Filler has given countless hours to Australia’s largest Jewish sporting organisation over the years in a range of roles.

Filler also served as President of the Hakoah Club for over a decade through one of its most important periods. Hakoah is synonymous with Football, Jewish Sport and Maccabi in particular. As President, he oversaw the sale of the Bondi premises and created the vision for what will one day be a thriving Jewish social and sporting hub for the community and Maccabi at White City.

His huge contribution to the organisation over many years have been duly recognised with his induction into the Hall of Fame.